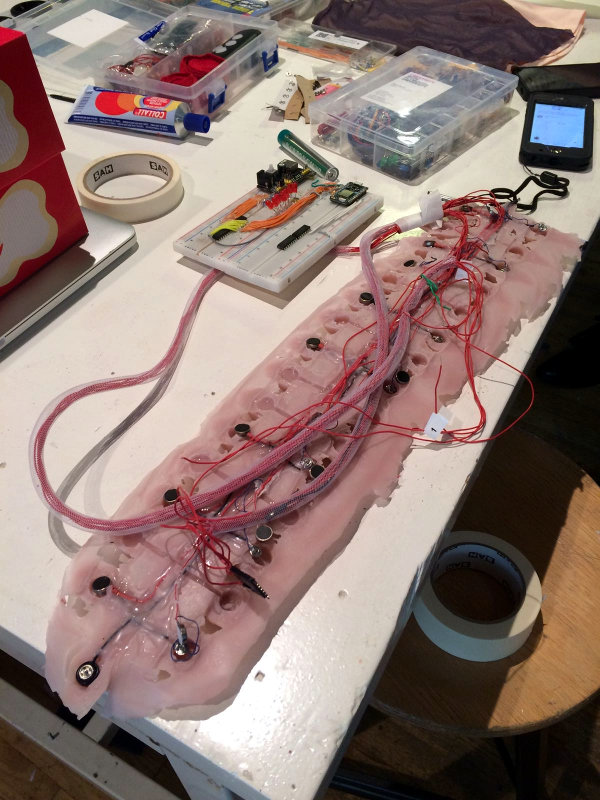 Update 14/9/2017: The team with Diego S. Maranan, Agi Haines, and Jack Fletcher, and Sean Clarke won the pitch with RE/ME. Their project updates will be available at https://RE-ME.CogNovo.org.

Two teams composed of CogNovians and other collaborators have been shortlisted to pitch their art-inspired innovative product ideas at the BOZAR Centre for Fine Arts in Brussels. The pitches are part of Art, Science & Technology Collaborations in Europe, a symposium on how the arts can be a catalyst for innovations that seek to address today’s challenges. Both teams were formed during the Hack the Brain event in Amsterdam in June 2016 and won top prizes at the event. The two teams are up against three other teams who have participated in previous Hack the Brain events. The winner from this shortlist will be given a chance to further develop their work at DART 17, a test laboratory in San Francisco, USA.

The first team is composed of CogNovo fellows Diego S. Maranan, Agi Haines, and Jack Fletcher, as well as independent composer Sean Clarke. Their product, RE/ME, is based on their Hack the Brain 2016 prototype, Bisensorial, a fully working proof-of-concept of a wearable technology for inducing desired mental states using touch and sound that evolved in response to EEG readings. Like Bisensorial, RE/ME uses carefully designed patterns of touch and sound. The goal of RE/ME is to positively influence the perception of your own body by making you feel more whole, and has potential applications for treating dysmorphia. However, it can be further used to transform your experience of your body’s size and shape in imaginative and novel ways.

The second team participating at BOZAR is the gut-brain society (Marloeke van der Vlugt, Martina Huynh, Daniela de Paulis and Cognovo fellow Michael Straeubig), an international, multidisciplinary group of researchers, designers, technologists and artists that came together at the Hack the Brain 2016. Research has identified various microorganisms in the gut that interact with the brain regulating our mood and behaviour. Starting from a speculative design perspective, the Second Brain Project explores this wider form of cognition that goes on in our bodies.

The symposium is part of the STARTS Program, which focuses on innovation at the nexus of Science, Technology, and the ARTS. STARTS unites renowned art & research institutions and innovative industries to jointly work on innovative projects where artists, scientists and engineers work together on radically different solutions. The symposium is co-organized by the Estonian presidency, BOZAR, and DG CONNECT in the European Commission.