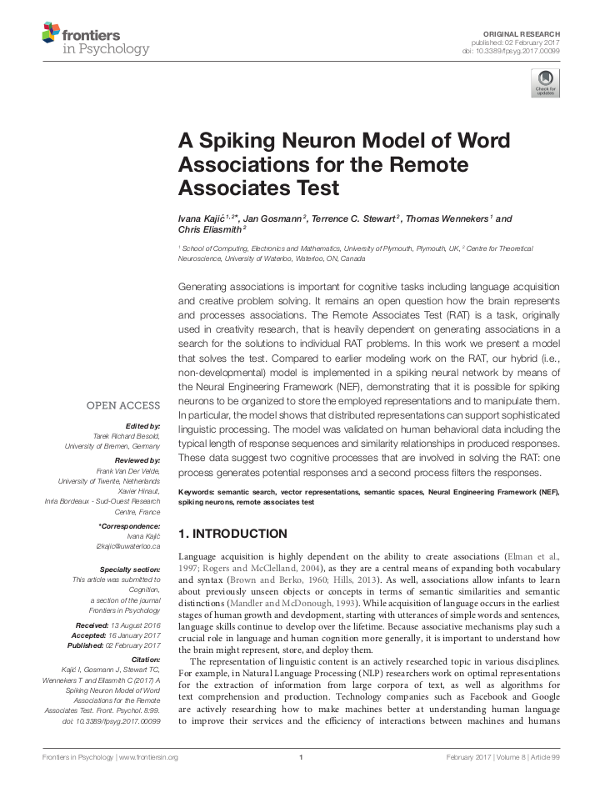 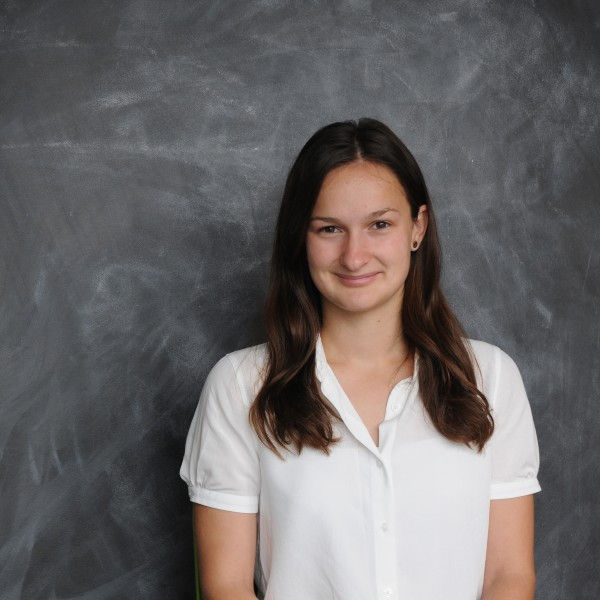 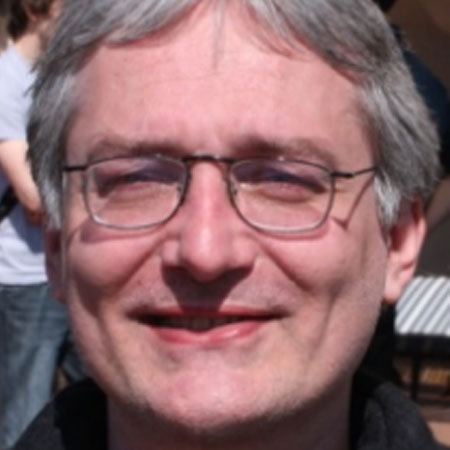 Generating associations is important for cognitive tasks including language acquisition and creative problem solving. The Remote Associates Test (RAT) is a task, originally used in creativity research, that is heavily dependent on generating associations in a search for the solutions to individual RAT problems. Kajić et al.'s work presents a computational model that solves the test. Compared to earlier modeling work on the RAT, the model is implemented in a spiking neural network by means of the Neural Engineering Framework (NEF); it demonstrates that it is possible for spiking neurons to be organized to store the employed representations and to manipulate them. In particular, the model shows that distributed representations can support sophisticated linguistic processing, considered 'creative'. The model was validated on human behavioral data including the typical length of response sequences and similarity relationships in produced responses. These data suggest two cognitive processes that are involved in solving the RAT: one process generates potential responses and a second process filters the responses.

This is a joint publication between Ivana Kajić and her ex-Cognovo supervisor (Thomas Wennekers), and colleagues at her new location in Waterloo, Canada (Jan Gosmann, Terrence C. Stewart and Chris Eliasmith). Cognovo project 4 aimed at exploring neural mechanisms of ceative processes, of which the RAT test is a fundamental example. In a basic way it models a divergent process, associative search, and a converging one, winner selection. It relates closely to Vaibav Tyagi's project, who incidentially published his study on the risky side of creativity in the same issue and used the RAT paradigm in experimental studies. Frank Loesche's and Francois Lemarchand's project are also related as they likewise aim at modeling 'creative' processes.