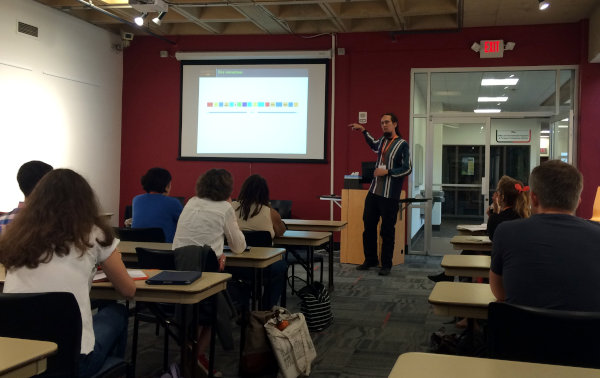 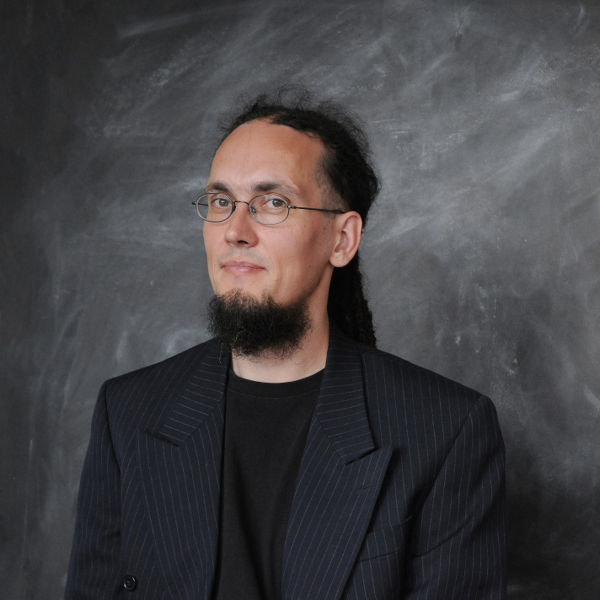 CogNovo research fellow Frank Loesche gave a presentation of his work at the 'Creativity Conference' at the Southern Oregon University (#SOUCreativity) on 5 August 2018. In his talk 'No Trainspotting: Eureka moments and the timetables of creative processes' he presented results from a novel experimental paradigm 'Dira' he developed during his PhD project. In this experiment, behavioural data is recorded during the creative process when participants are asked to come up with a creative solution. Together with self-reported intensity of Eureka experiences, the data Frank collected during his PhD suggests that something distinct is happening early on during the creative action, in particular when participants report a strong Eureka experience.

Within the context of sequential models of creativity going back to Wallas's five stages, as well as for the different stages of design thinking, the moment of illumination is thought to happen later in the process. In his talk at SOUCreativity, Frank suggested a conceptual model that provides explanatory power for the observed data, for sequential models as well as iterative models such as design thinking.

The Creativity Conference at Ashland (OR) was organised by Mark A. Runco and attracted about 300 delegates from around the world. More than 100 presentations in oral and poster sessions also included two keynotes by Robert J. Sternberg and Mihaly Csikzentmihalyi. Robert J. Sternberg called for the education of concerned citizen and ethical leaders, based not only on intelligence, but even more on creativity, common sense, and wisdom. Similarly, Mihaly Csikzentmihalyi talked about the role of ethics in creativity in keynote. In addition, leaders of the field had been invited to give talks, such as Michael Mumford, Vlad Glăveanu, Ron Beghetto, and Kenneth Gilhooly. The four-day conference provided a great opportunity to listen to the most recent developments in creativity research and practice, discuss future steps and challenges of the field, and connect with researchers from around the globe. Highlighting the success of this years conference, Mark Runco suggested that this conference might be repeated next year.