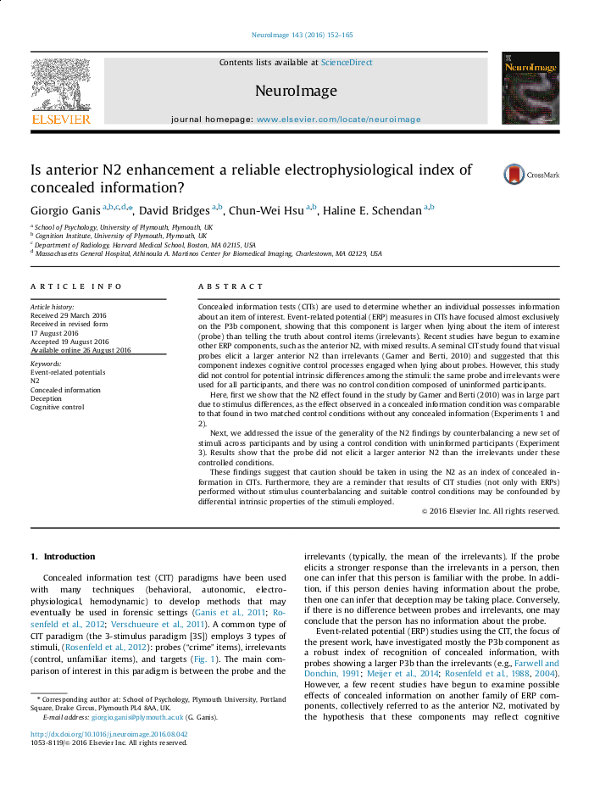 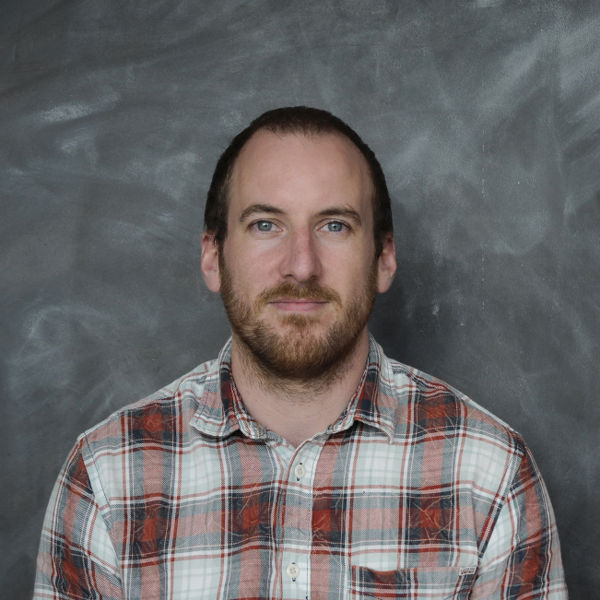 A new article published in NeuroImage has called into question the reliability of an electrophysiological index of concealed information, or guilty knowledge. Concealed information tasks (CIT) are used to determine whether or not someone is hiding or concealing information about an item or event. The CIT paradigm requires one to respond to 3 types of stimuli: irrelevant items, target items and probe items (e.g. "crime" items). One can infer concealment or "guilty knowledge" about a probe if behavioural or electrophysiological responses to probe stimuli are stronger than to irrelevant stimuli. Furthermore, if that person denies knowledge of the probe, then one can assume deception is taking place. The anterior N2 event related potential (ERP) component is considered as a measure of concealed information, indexing cognitive control and attentional orienting towards a "crime" or probe item, with more negative going N2 wave forms associated with concealed information vs irrelevant information. Ganis et al. (2016) took a critical approach and provide convincing evidence that N2 ERP differences in CIT's may actually reflect perceptual and semantic differences between stimuli, rather than measuring cognitive control processes associated with concealment and deception. Thus, the authors advise caution when interpreting the N2 as an electrophysiological index of concealment and deception, serving as a reminder that studies using CIT paradigms without complete stimuli counterbalancing and control conditions may be confounded by the intrinsic properties of experimental stimuli.

The paper is directly relevant to Chun-Wei's PhD project, which explores the relationship between creative cognition and deceptive communication. Chapters of Chun-Wei's thesis look specifically at ERPs observed during CIT studies, and so the paper has been extremely useful in refining CIT paradigms to provide more valid neuroimaging measures of cognitive processes associated with deception, and indirectly with creative cognition.
This paper fits in more generally with David's interests in using neuroimaging methods to explore the brain basis of cognition. For example, David is interested in how biological tendencies or temperament may shape how we perceive and interact with the world. More specifically, how individual differences in temperament may shape attention and memory in highly creative people.