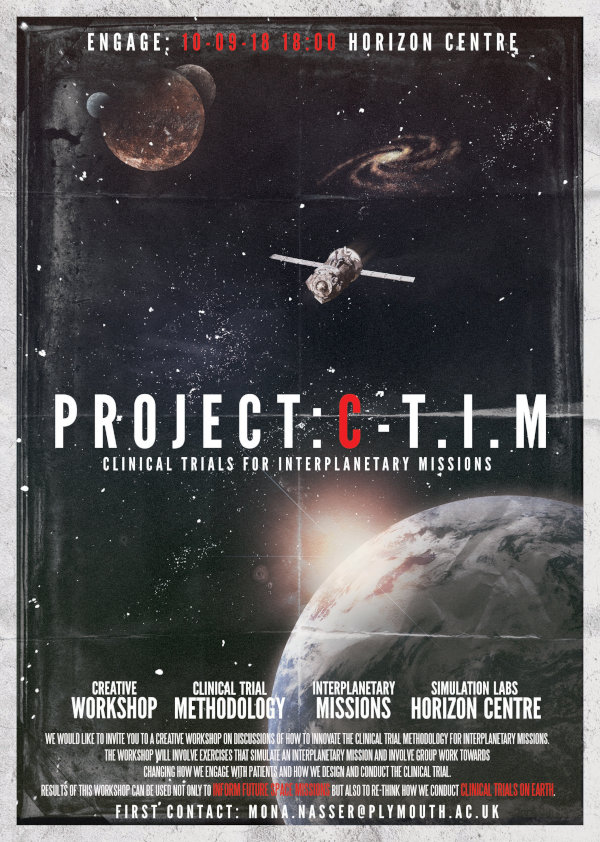 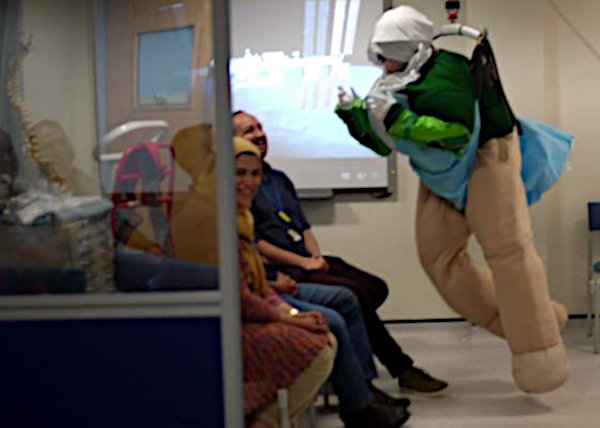 A group of researchers from the Transtechnology Research group, the SEADS international network, CogNovo, the University of the Philippines, the Torbay Hospital Virtual Reality team, and enthusiastic independent researchers got together to imagine how clinical trials could look in future interplanetary missions. The project was a combination of a methodological thought experiment and two creative, interdisciplinary and interactive workshops. The first run of the project was hosted by the Torbay Hospital and included a simulation of a space accident in microgravity along with an interactive methods discussion with consultants, clinicians, and scientists. The second workshop, which was run as part of the Edinburgh Cochrane Colloquium, was focused on exploring a narrative scenario, engaging patient advocates and researchers. The project not only generated some suggestions for innovative methodological approaches for conducting clinical trials but also prompted a discussion on re-thinking the relation between patients and clinicians in the context of interplanetary missions.

The results of the project was presented at the International Astronautical Conference (IAC) in Bremen Germany on 2 Oct 2018. In their abstract for “Conceptualising the design of clinical trials and its associated support systems in interplanetary missions”, the authors identify five key aspects for a conceptual framework to focus on patient commitment and motivation.