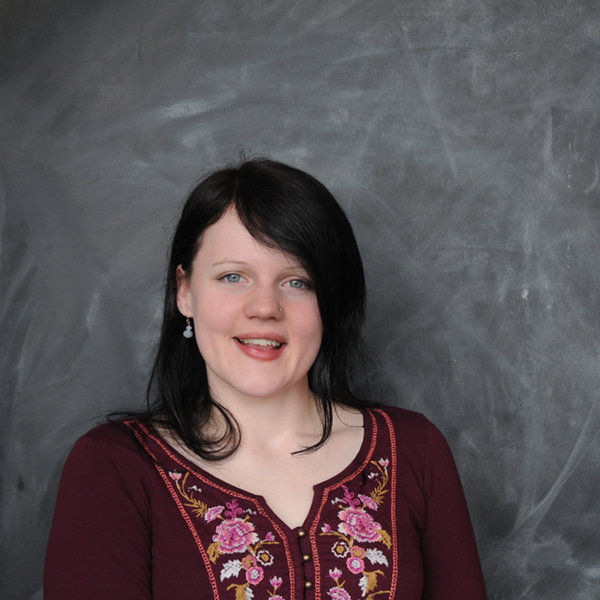 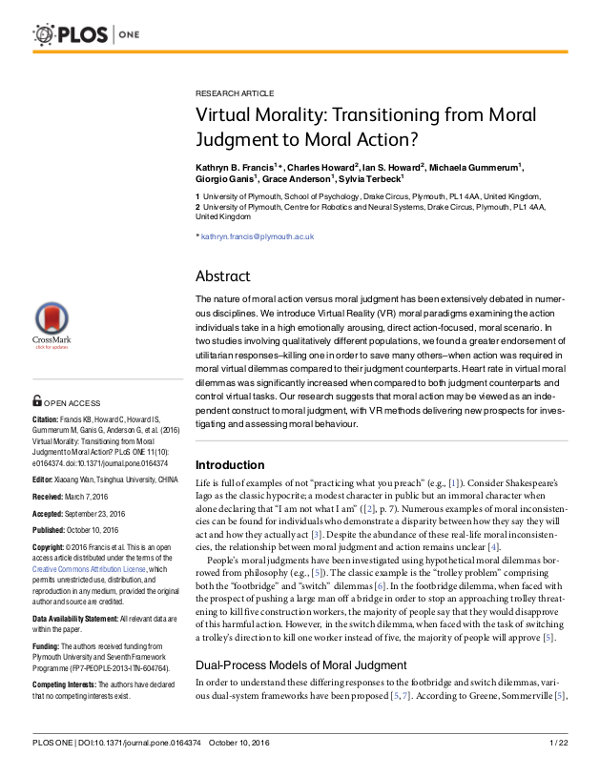 Kathryn B. Francis publishes in PLOS ONE

CogNovo research fellow Kathryn B. Francis published in the journal PLOS ONE. The article, titled "Virtual morality: Transitioning from moral judgment to moral action?", discusses the apparent dissociation between moral judgments given on paper and simulated moral actions performed in Virtual Reality. Kathryn and her co-authors show that, in a virtually constructed moral dilemma, people are more likely to kill one person in order to save many others compared to when asking them on paper. This study suggests that Virtual Reality might offer a novel approach to the study of moral action beyond that of moral judgments allowing greater interaction and immersion in moral dilemmas than was previously possible.

Kathryn is working on the CogNovo project #19 "Moral cognition: An interdisciplinary investigation of judgement versus action" which investigates the relationship between moral action and judgment using state-of-the-art technologies in experimental paradigms. With the ever-increasing advancement of Virtual Reality technologies, this project explores its incorporation within social and cognitive domains seeking to understand and interpret sensitive issues such as morality.