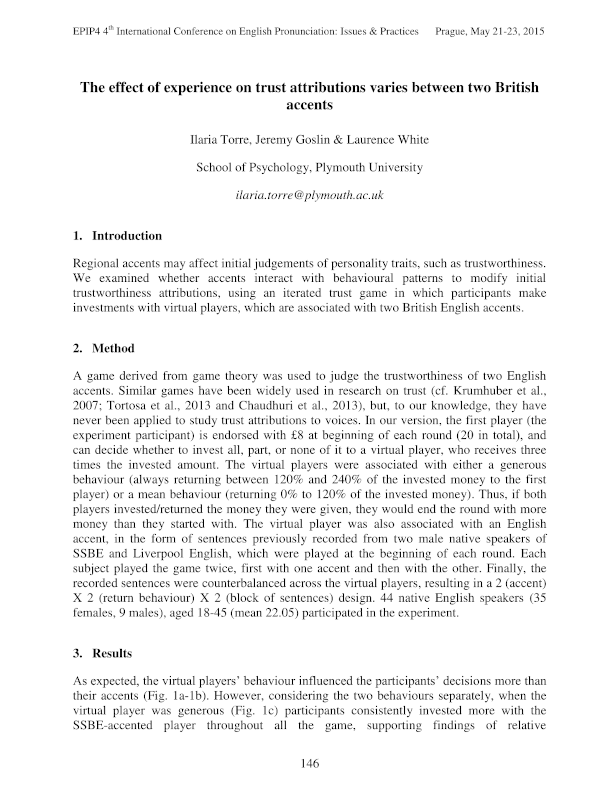 The proceedings of EPIP4 are out

Ilaria Torre presented part of the research she conducted with her supervisors Jeremy Goslin and Laurence White at the 4th International Conference on English Pronunciation (EPIP4) in Prague. The results of her talk "The effect of experience on trust attributions varies between two British accents" she gave on the 21/May/2015 are published in the form of an abstract in the proceedings of the conference. She introduced a methodology based on game theory that allowed to collect implicit measures of trust attributions to Liverpool and SSBE-accented speakers.

This year’s conference topic was called "Issues & Practices", and it gathered researchers and teachers interested in phonetics, phonology and English as a second language (ESL) from 20 countries.