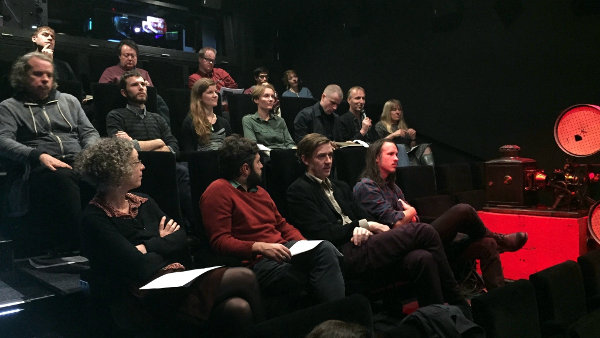 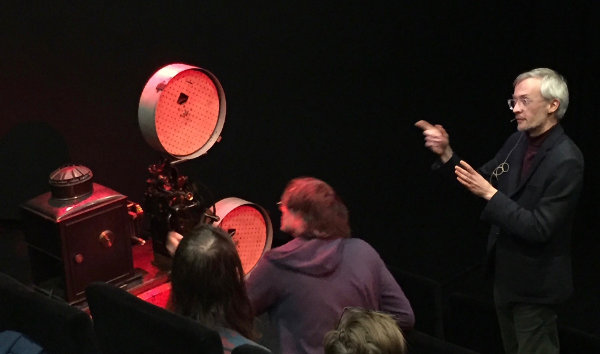 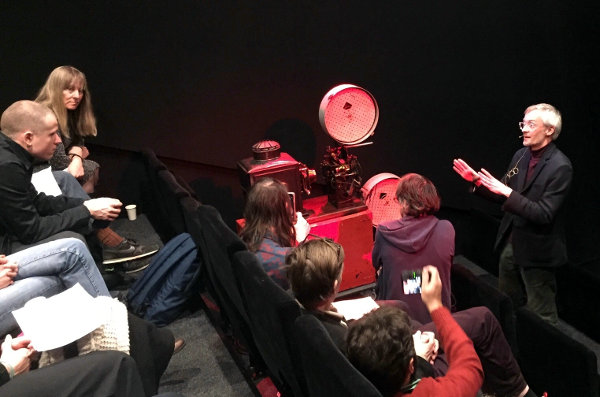 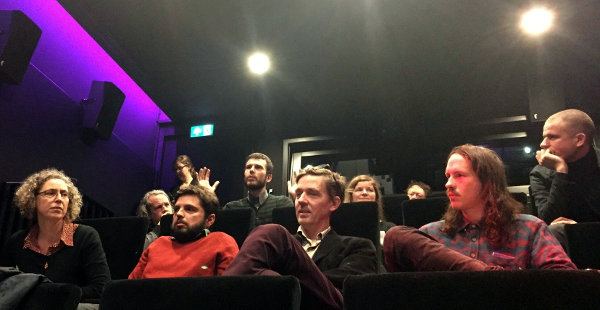 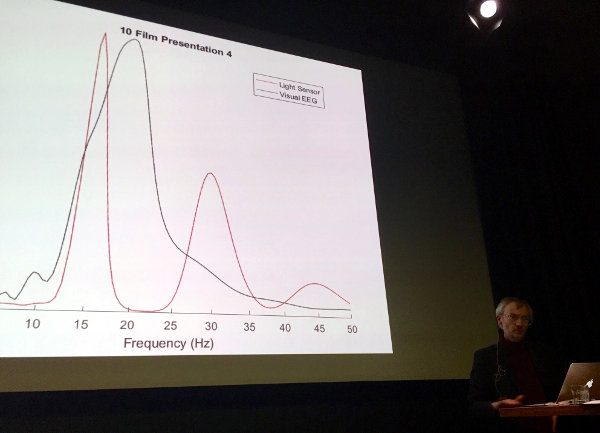 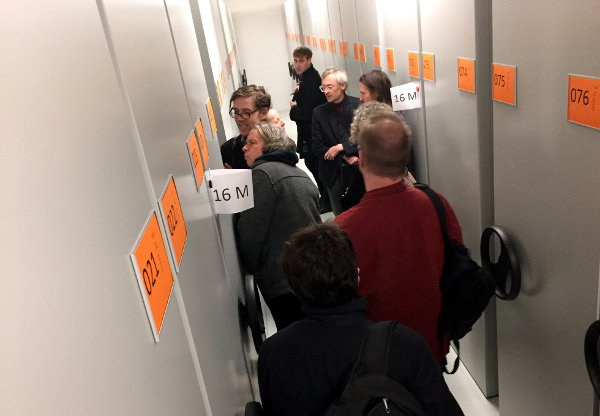 From Matter to Mind

Expanding the reach of film preservation to include the cinema experience

Marie Curie Fellow, Guy Edmonds, organised this event in collaboration with Eye Filmmuseum in Amsterdam, one of his project's archival partners. An invited audience of researchers and professional archivists and artists from across European archives and universities assembled in the newly built theatre of the Eye Collections Centre and engaged with interest in reports of two separate EEG-based investigations of spectator experience of projected analogue and digital moving images. Guy presented results from his experiment conducted at Plymouth University with neuroscientist collaborators Edward Rhodes and Stephen Hall, while Lisbon-based artist Alexandre Estrela and neuroscientist, Maria Ribeiro (Universidade de Coimbra) presented research from their own investigation. The meeting, which enabled a lively discussion of methods and approaches, has helped to further refine such pioneering work, support future research, and forge new networks of expertise. The specially equipped viewing theatre facilitated technically complex comparisons of analogue and digital projection technologies, which in turn afforded attendees the chance to form a subjective analysis of the cinema experience as compared to that indicated by the more objective scientific data. A 100 year old film projector from the museum collection was brought back to working condition as a demonstration of the potential of such ‘museum pieces’ to help shed light on historical film experience.

Guy would like to thank all involved for their valuable contributions, especially the team at Eye, led by Mark-Paul Meyer, and those who gave presentations during the day.

Towards an archaeology of historical audiovisual perception

The film archive and museum is recognised as the repository of past film production, and the resting place of what is generally considered as film content, but it also contains enduring material traces of past Cinema experience whose potential may be neglected or lacking the right tools or approaches for re-emergence.
As archival efforts have been concentrated firstly on the preservation of film material and latterly on the digitization of that material, there lingers an uneasy suspicion that the actual experience of film – Cinema – has been overlooked in terms of preservation strategies. It may be that Cinema, as a complex network of technology and consciousness with many constituent parts, producing a collective experience, is essentially resistant to preservation. However, the enormous corpus of 120 years of film production still demands our attention and challenges us to re-experience it. In the midst (or perhaps towards the end) of the widespread shift in Cinema’s material ontology it is necessary to remind ourselves that the components of Cinema (including human perception) are interdependent. Consequently our attempts to re-experience early film are subject to recent changes in Cinema’s technological component.
The project, Early Cinema and Cognitive Creativity, makes use of EEG recording to measure brain response to different audiovisual technologies as an objective means of evaluating the experience of projected film. In so doing it also mobilises lesser known archival holdings of film technology in an interdisciplinary media archaeological experiment. Following this established understanding of the Cinema experience, this project intends to reveal the cognitive consequences of the digital transplant which Cinema’s projection system has received.

A science of film preservation. Physics of projection.

Intermission. A study on the urge of black in art and filmmaking

Alpha brain waves and the effect of flicker in film

This talk aims at proposing several mechanisms by which film flicker might affect film perception. I will start with an overview of the neuroscientific understanding of the alpha brain waves, and the mechanisms behind flicker induced visual hallucinations. I will then present some preliminary data suggesting that film flicker can induce alpha waves in some observers, and discuss proposals for future studies.