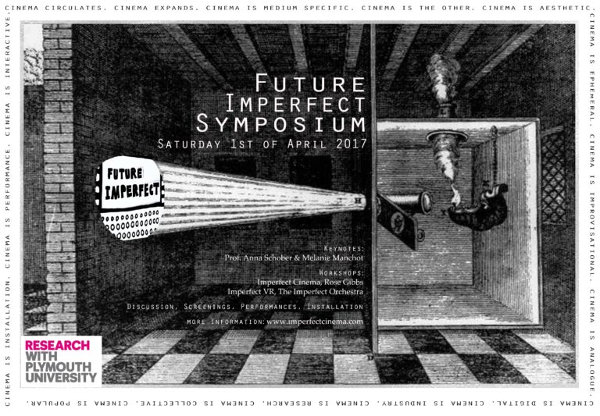 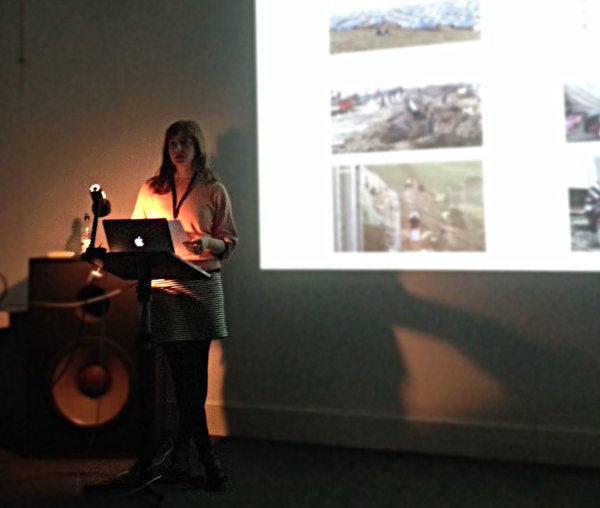 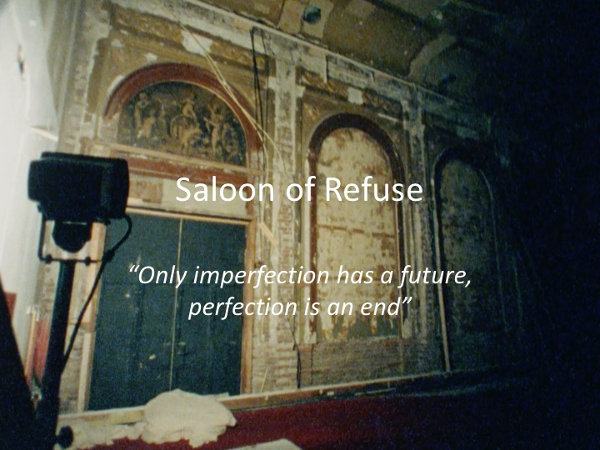 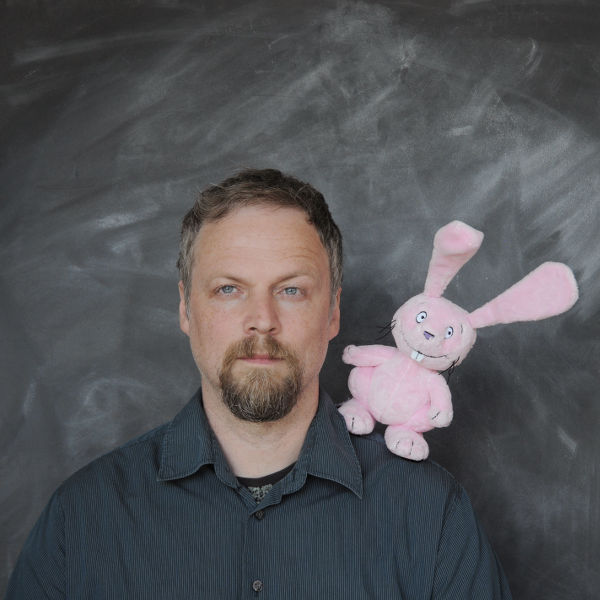 The Future is Imperfect

Eugenia, whose research discusses different traditions of visualising and imagining intimacy through technology, presented a paper called “The Refugee as Image and Image maker. On breaking the Outsider’s Gaze”, which unpacks Pierre Schoeller’s participatory documentary “Le temps perdu” (2014). She focuses on Schoeller’s attempt to question and subvert iconographic press narratives on home and everyday life in a refugee camp.

Guy, who investigates the cognitive impact of analogue and digital cinematic film projection, talked about his experiences projecting contextless found films to new audiences at one off events which he calls the “Saloon of Refuse”.

Michael delivered a workshop on "Imperfect VR" enabling people to create their own Virtual Reality experiences. He uses Virtual and Mixed Reality in his project to create playful systems.

Future Imperfect was a one-day symposium, organized by Dr Allister Gall, Katy Richardson and Dan Paolantonio. Based on the idea of imperfection as an emancipatory and participatory concept, it provided a space to explore, experience and discuss ideas relating to cinema, sound and the moving image.

CogNovo is an Innovative Doctoral Programme, funded by the EU Marie Curie initiative and Plymouth University, to foster research training in the emerging field of Cognitive Innovation. CogNovo offers transdisciplinary training that combines scientific studies of the neural correlates and mechanisms of creativity, with investigations into the role of creativity in human cognition, and their application in sustainable technological and social innovation.