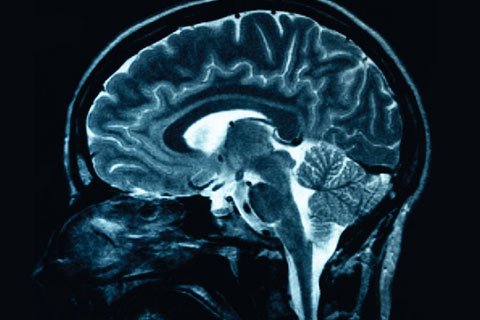 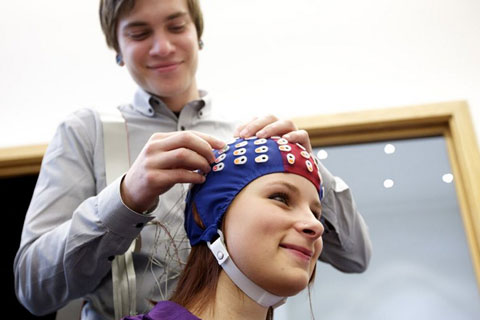 Highlights from the week:

Waste is regrettably common in research. Research endeavours can be wasted for a myriad of reasons including: asking the ‘wrong’ questions; poor research design; poor conduct; inadequate reporting and unnecessary replication. Some aspects of academia even act as perverse incentives that encourage wastefulness. In our session, we will consider some of the dimensions of the concept of “waste of research” on both the macro and micro level. We will discuss strategies and approaches that can be used to address this problem. If you are interested in finding out more, there is series of thought-provoking articles in The Lancet.

István Winkler: Designing an experiment: From conception to execution

In an interactive session, we shall focus on one aspect of experimental design: controls. Having a great idea often blinds one to two aspects of experimental research: 1) how to plan for the case when the outcome of the experiment differs from one's expectations and 2) what are the possible alternative interpretations of the expected results (including dealing with confounds). Both issues require control procedures to be included in the experiment. Although controls often make the initially simple design more complex, they usually pay for the invested effort by allowing one to draw stronger conclusions (and to publish the study without a lot of additional work). In addition to going through an example of testing whether auditory features are conjoined without focused attention, participants will have the chance to discuss their own research with respect to these issues.

Raymond will give a talk on how the insights from his research in cognitive science (multisensory integration) have inspired novel rehabilitation techniques for patients with pain from burn wounds, tinnitus and other neuropsychological conditions. Furthermore, he will talk about how his research can provide opportunities for Philips to develop commercial products with respect to health care and wellbeing in general.

Chris Harris and Christopher Germann: The pitfalls of hypothesis testing

Applied and laboratory research share a need for control, minimisation of measurement error and ethical protection of participants, but the way these shake out is often very different. In clinical research, recruitment of appropriate participants, equalising contact and treatment exposure, demonstrating fidelity to protocols, participant adherence to procedures, dropout and biases in assessment pose difficult challenges for researchers. Greater control can sometimes mean less relevance to routine practice, but it doesn’t have to. If participants are vulnerable, the research needs to address that, and confidentiality also assumes greater importance. Your own health and safety also needs to be considered, especially when you are in the field. Opportunities for applied funding offer temptations (and maybe imperatives) to pursue them, but they can divert you from the main game. Just as in laboratory studies, the key element is significance—a substantial applied or theoretical impact can’t be obtained without methodological rigor, but good science does not guarantee impact. Whether the question is sufficiently important is a key element, and in applied research, how results are marketed and translated to practice is also critical. Quantity and range of publication outputs can help, but not at the risk of losing profile for your research.

“5Hz is a collaborative project between artist Emma Smith, psychologist and phonetician Laurence White, cognitive neuroscientist and psycholinguist Nina Kazanina and musicologist Emma Hornby. The project will imagine an evolution of voice for the purpose of social bonding, based on neuroscientific and psychological research into our perception of speech rhythm. Supported by the Wellcome Trust, 5Hz involves a one-year participatory research process, leading to public workshops and events in autumn 2014, and an exhibition at Arnolfini in March 2015.”

In this CogNovo seminar, we will discuss the process of presenting science as art, and some of the benefits and pitfalls of taking experiments into the gallery.

My experiments in film-making are not trying to validate a theory, rather they are exploring ideas, trying things out, seeking the moments of realisation, being inventive with form and content and can investigate different kinds of perception through the medium. Most of my films start without a script but with a well-defined sense of what they will encompass. They begin with a feeling that the task is nearly impossible and evolve through the process of their making.

I will show some of the results of my experiments and talk about their origins and the process of their evolution.

Tassos Stevens: An Experiment in Play

Classic brain language models put that language functions consist of sub-processes each located in one specific area. For example, meaning is attributed to a single “concept center”, “semantic hub”, or “lexico-semantic binding site”. This approach runs into difficulty because research has documented a wide range of cortical areas relevant to meaning processes; the idea of a single semantic hub seems, therefore, insufficient. In addition, aphasia resulting from a focal cortical lesion typically involves all language modalities – including the production and understanding of speech – thus arguing against a subdivision of language function into local cortical modules and, instead, suggesting the integrated processing of motor and sensory aspects of language.

Neurobiologically founded brain-language theory uses principles known from neuroscience research underlying the structure and function of the nervous system in order to deduce and explain language functions. Such neuroscience principles and knowledge include information about neuroanatomical connectivity – for example the strong left-hemispheric dorsal connection between frontal and temporal areas by way of the arcuate fascicle -- and information about neurophysiological activation and resultant neuronal plasticity -- for example ‘Hebb’s rule,’ according to which neurons that fire together wire together and therefore correlated neuronal activation is mapped into strongly connected structural circuits.

Taking into account these principles, the learning of spoken language, which is accompanied by neuronal activation in the inferior-frontal articulatory motor system and the superior-temporal acoustic-auditory system, is neurobiologically implemented by distributed neuronal assemblies (DNAs) that interlink articulatory and acoustic phonological information into representations for words and constructions. These DNAs are action perception circuits because they process sensory and motor aspects of language synergistically and can therefore explain why aphasias are multimodal deficits affecting speaking, understanding and other language modalities. The distributed nature of DNAs can also explain why brain activation in both frontal and temporal parts of the perisylvian language areas plays a role in both language production and understanding [1,2].

How is meaning processed in the human mind and brain? Brain-language theory predicts that neuroanatomical connectivity and correlation learning determine the distribution of cortical circuits. Thus, if a word is frequently used to speak about an object, its neurobiological DNA will join together the circuit of the symbol (e.g. the word form “sun”) – which lies In perisylvian fronto-temporal areas – with the circuit for visual object processing (the visual concept of a SUN) – which is distributed over the temporo-occipital areas. Action words will be organized as circuits including perisylvian and fronto-central circuits for action word and concept representations (for “grasp” and GRASP). Likewise, DNAs for words and constructions semantically related to auditory, somatosensory, olfactory and gustatory information reach into the respective cortical areas specializing in sensory information processing. Emotional-affective language units involve part of the limbic system, along with the motor systems. Abstract words and constructions may engage sensorimotor systems to a degree, but draw relatively more strongly on multimodal areas because the weak correlation between sensorimotor events and abstract expressions commands de-correlation and thus delinking of perceptual and symbolic circuits. This neurobiological position not only accounts for the many cortical regions relevant to semantics, it also explains the category-specific nature of cortical meaning processing and features of the category-specific semantic topographies of semantic circuits [3,4].

A theoretical foundation of neurobiological brain language models is provided by neurocomputational research. Neural architectures incorporate neuroanatomical structures relevant for language and meaning processing along with their connectivity in the human brain. Neuronal function is incorporated in these models by mimicking nerve cell dynamics, activation and inhibition, global and local regulation of activity and neural plasticity according to Hebbian plasticity principles. These realistic neurobiological models tend to build DNAs as a consequence of correlated sensory and motor activation. Many of these DNAs are action perception circuits because they connect sensory and motor neurons into sensorimotor ‘mirror’ representations. Different activation states of DNAs can be linked to cognitive processes such as word and object recognition, comprehension, action performance, memory, attention, intention, decision, combination and prediction. At the linguistic level, phonological, lexical and morphological, syntactic, semantic and social-pragmatic functions can be modeled. As the neurocomputational models are concrete, in terms of brain areas and temporal dynamics, they allow for novel predictions on to-be-performed new experiments using neuroimaging, neuropsychological and neurophysiological methods. The interplay between theoretical and experimental brain language research opens fruitful explanatory research perspectives for the future [5].

Electroencephalographic paradigms and methods are complementary to neuroimaging ones based on hemodynamic recordings. During the last few years there has been a revival of these methods because they can track the precise time course of neurocognitive processes, they are relatively inexpensive, and they enable researchers to use more flexible and ecological valid paradigms. This talk will provide an overview of EEG methods and paradigms, and it will discuss key issues about their potential use in cognitive neuroscience.