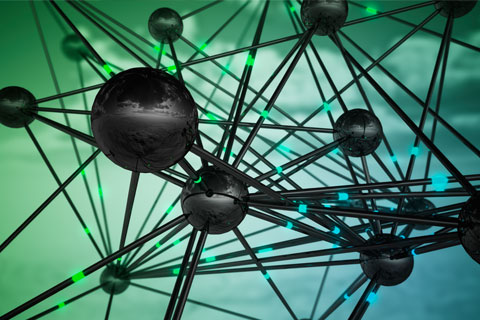 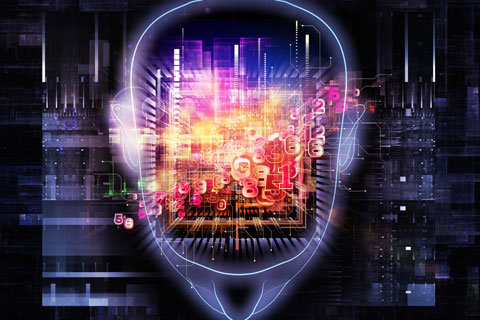 Up until a few years ago, advanced humanoid robots existed exllusively in research laboratories. The only robots that were available for use at home were comparably simple such as vacuum cleaning robots. Today we are facing a situation where humanoid robots are becoming affordable. However, these robots are still limited in their abilities to do the things that they were carefully prepared for by the programmers. Seemingly simple but unforseen events will leave the robots puzzled because their programming does not tell them how to react. We can change this if we learn how to build robots that can develop the way that infants do, so that they can autonomously acquire new knowledge by exploring their physical and social environment. This talk will give an overview of the research that is done in the AI lab at Aldebaran, towards this goal of building developmental personal robots.

Humans can attend to one of multiple sounds, and follow it selectively over time. The neural underpinnings of this perceptual feat are the object of extensive investigations. Some studies have concluded that sounds are heard as separate streams when they originate from diverse locations or if they are so different as to activate well-separated populations of central auditory neurons, and that this process is largely pre-attentive. I will review the fundamentals of sound representation in the auditory cortex, and the transformations from representation to meaning in the auditory cortical fields up to the prefrontal cortex. I will then explain how source segregation depends primarily on temporal coherence between responses that encode various features of a sound source, and discuss algorithms for implementing this process that are inspired by auditory cortical mechanisms.

Brief Encounter will be introduced by Prof Michael Punt both contextually and as an example of cinema as an instrument of affective modelling. There will be a follow up presentation and discussion in the CogNovo seminar space (link 3) on Thursday 25th September at 14:00. If you would like to join that discussion you are also most welcome.

After eight years in development Brief Encounter was released in 1946 and is clearly stamped with its period. Despite its realist style it is nonetheless a melodramatic rendition of the familiar love triangle that has captivated, irritated and amused audiences for nearly 70 years. Its stilted language and overstated formality of emotional relationships has become something of a humorous cliché such that it is often parodied and lampooned in films, comedy and television advertisements. Yet the film is also often obliquely quoted by auteur directors as a benchmark of cinema (see for example Eyes Wide Shut), and it has remained a favourite for a wide range of audiences, film enthusiasts and scholars.

These apparent contradictions may be because although it is almost impossible for audiences to identify with the main characters and their staged emotional restraint, the narrative structure and the mise-en-scene provide a flawless model of the effects of an erotic romance on humans. The melodramatic conventions that (barely) drive the plot stand in stark contrast to the portrayal in image, sound and performance of the often incomprehensible feelings experienced by the main characters in the real world. What appears to be an implausible story of unrequited love in suburbia is simultaneous (and insightfully) played out as the intersection of three quite independent imaginary worlds in which the difference between named emotion and affect (as Frederic Jameson has recently proposed them) is laid out before us in a simple tale told from the inside out.

CogTalk is a series of podium discussions that had been organised by the Cognition Institute. With the start of CogNovo, the quarterly talks were often integrated into CogNovo events. For the discussions, a group of experts on a certain topic were invited to discuss and share their views with a broader audience. This current CogTalk is on the topic of:

Clinical Research: The Good, the Bad and the Ugly!

With the rise in open-access journals and the proliferation of scientific blogging, reporting and patient-led forums on the web, it could be argued there’s never been a better time for producing and accessing clinical research. However, with the tendency of tabloids for sensationalist reporting, recent scandals of research fraud, withholding of data by commercial interests and political tussles over research funding it can be difficult even for health professionals, let alone the general public to find good quality research and make sense of all the information out there.

In this month’s CogTalk, Dr Chris Rollinson and André Tomlin will discuss what makes good research, where it can go wrong and who regulates researchers, as well as how to interpret media reporting of research, where to find the information you need and how to make sense of all the research out there.

Chris Rollinson is Research Governance Manager at Plymouth Hospitals NHS Trust. He has a background in clinical research and runs training courses on good clinical practice. André Tomlin is Founder and Director of Minervation, an evidence-based healthcare consultancy, and runs The Mental Elf, a website that provides up-to-date reliable information on the latest good quality mental health research.

CogJam the Third will bring you an eclectic mix of jazz, pop, Klezmer, karaoke, oddsteppery space jams and a trip to Eberplatz. In the relaxed surrounds of Rumpus Cosy, CogJam will feature the Diego and Pinar, Jack and John, Claire Download and Chris, The Oddstep Deployment Unit, a film from Guy Edmonds and DJ duties performed by Pinar Oztop. See you there for tea, cake and other delights from 7PM.