Stay up to date

We are glad to announce our invited speakers for ColLaboratoire. 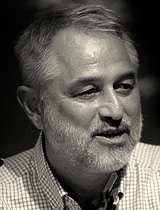 Roger Malina is an astronomer, space scientist and publisher/editor in the new emerging fields that connect the sciences to the arts and humanities. He is currently a Professor of Physics and Professor of Art and Technology at the University of Texas and Directeur de Recherche for the CNRS in France.
(https://www.utdallas.edu/atec/artstechnology/malina/)

There are very good reasons we have disciplines, but for some problems and opportunities we have no choice but to bridge them. This is complicated by the sociological fact that human organisations are organised in tree structures; as the tree grows, the branches grow apart. Beginning in the late 1980;s there was a growing realisation that networked digital communication could change the way that collaborations could function. Called ‘telescience’ by NASA, early experiments demonstrated that indeed networked digital communication could be an enabler, but rapidly confronted the epistemological issues that also required re- thinking. There is an large literature on interdiciplinary work, holistic studies, integrative studies, problem based approaches. In recent years renewed interest in the training of individuals as collaborators, articulating the dynamic between individual and collective practice; and the creation of spaces where work bridging the arts/design/humanities to the sciences/engineering/medecine/mathematics could flourish.In this talk I will review some of the ideas on transdisciplinary collaboration, and use exemplars as well as the work in the UT Dallas ArtSciLab to highlight the challenges and possible outcomes. 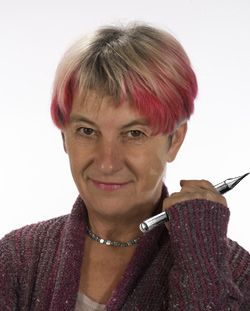 Sue Blackmore is a psychologist, lecturer and writer researching consciousness, memes, and anomalous experiences, and a Visiting Professor at the University of Plymouth. She is a TED lecturer, blogs for the Guardian, and often appears on radio and television.
(https://www.susanblackmore.co.uk/)

Universal Darwinism allows that one replicator (information copied with variation and selection) can build on the products of another. The first replicator, genes, constructed phenotypes (gene machines), and one of these (our human ancestors) began copying a new sort of information by imitating sounds, gestures, and technologies (memes). This transformed these animals into meme machines (us).

A similar shift may be happening again because we humans have created products that can copy, vary and select another new kind of information i.e. digital information copied with high fidelity in computers, phones, servers etc. I have called these temes or tremes (sorry but there is no perfect name).

At each level, intelligence emerged by increasing cooperation and copying between originally distinct units e.g. in multi-cellular organisms and brains. Copying memes between individuals in culture increased intelligence again. The increasing copying of digital information between treme machines is just the same process happening again – a bottom-up Darwinian process leading inevitably to intelligence that is widely distributed and out of human control. Human input is still important now but as the system grows will be less so.

Could this intelligent system be conscious? That depends what you mean by being conscious but my own view is that consciousness is an illusion created in systems that model themselves and their own capabilities to create an inside and an outside; an observer and an observed world, a controller and a controlled world. Our human brains do precisely that in modelling selves as embodied agents and owners with a first-person perspective. I suggest that any system that does this will believe it is conscious. We can now ask what is needed for the illusion of consciousness to emerge in treme machines or large networks of such machines, and what the consequences might be. 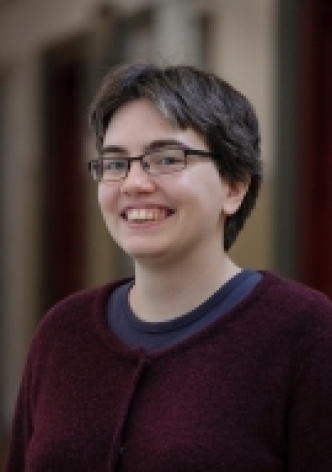 Alexandra Supper is an assistant professor at the Department of Technology and Society Studies, Maastricht University. She does research at the intersection between science & technology studies (STS) and sensory studies.
(https://www.maastrichtuniversity.nl/a.supper)

This talk provides a historical and sociological perspective on the practice of sonification, the auditory display of (scientific) data. In recent years, sonification has received increasing media attention. It has also been presented as a solution to the challenges posed by ‘big data’, as it offers a new form of making large and complex datasets accessible to the human senses, compared to the (usually visual) standard forms of data analysis and presentation. In my talk, I want to analyse the development of a research community dedicated to sonification, paying particular attention to two aspects: the complex relationship between sonification and visualisation, and the shifting position of sonification in relation to music and art. I will explore the specific historical configurations which have led the sonification community to concentrate on technical solutions for the design of sonification technology rather than on analysing and interpreting sonified data. In doing so, I will also touch upon some of the stumbling blocks that the sonification community struggles with on their path to achieve scientific acceptance for their work, and to develop applications that solve rather than merely echo the problems posed by big data.